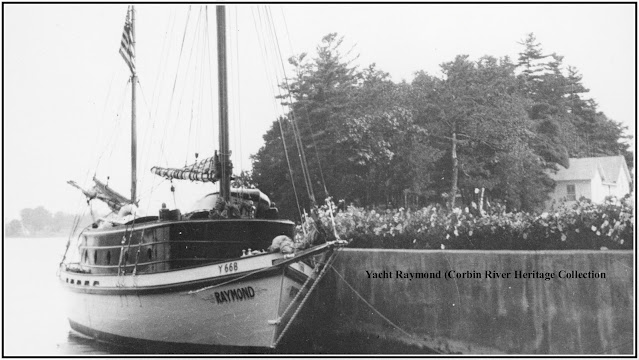 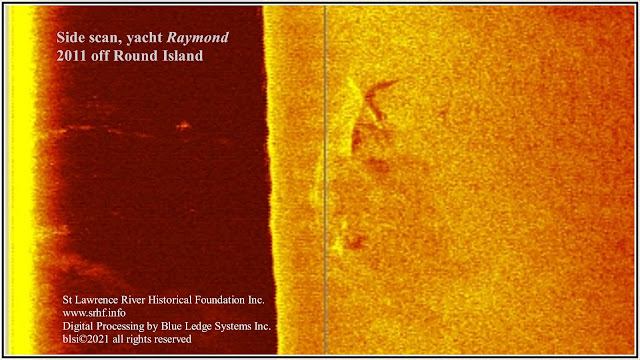 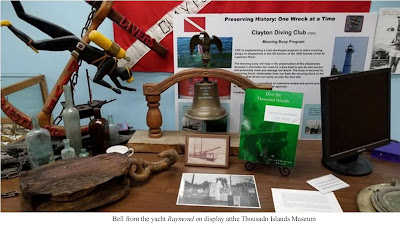 Location: Foot of Round Island General Area 44° 15.542'N, 76° 2.788'W
Depth: 20 to 25 Feet
Bottom: Mud & weeds
Wreck:
The remains of the yacht Raymond lies in 25 feet of water near Round Island. She was burned to the water line. The bottom of its hull is intact with its auxiliary engine and part of its mast still in it.
History:
The yacht Raymond was found in 1969 by the Clayton Diving Club. It was discovered by accident while using dive-planes. The divers were looking for a War of 1812 gunboat that local folklore told of being in the area. They also knew that the yacht Raymond was in the same area.