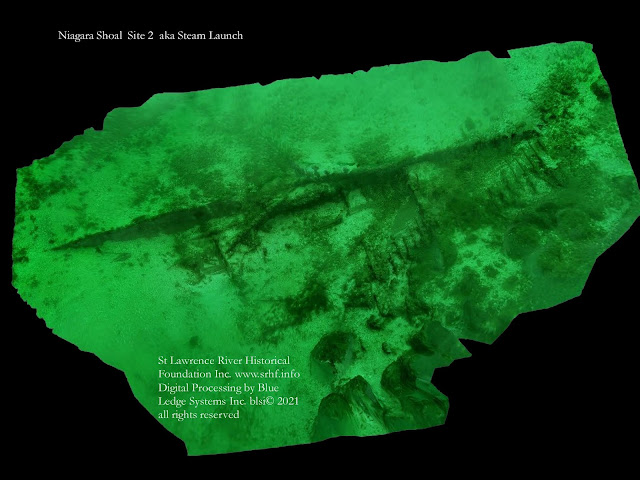 Steam Launch 2009 by SRHF on Sketchfab

The wreck is located 300 feet downstream from the wreck site of the Iroquoise on Niagara Shoal. It is resting on an edge of a shelf just above a steep slope that drops down to over 200 feet in depth. The site is just inside the US side of the shipping channel. Current can be strong. The wreck appears to be a late 19th century steam launch that had its engine removed before being abandoned. The wreck is about 30 feet in length and in a very deteriorated state. It is buried in white periwinkle shells that made the depth seem shallower than it is at 90 feet.

The wreck was found by Dennis McCarthy in 1993 while the St. Lawrence Historical Foundation was doing a non-contact survey of the Iroquoise on Niagara Shoal. Site deteriorated in 2009.