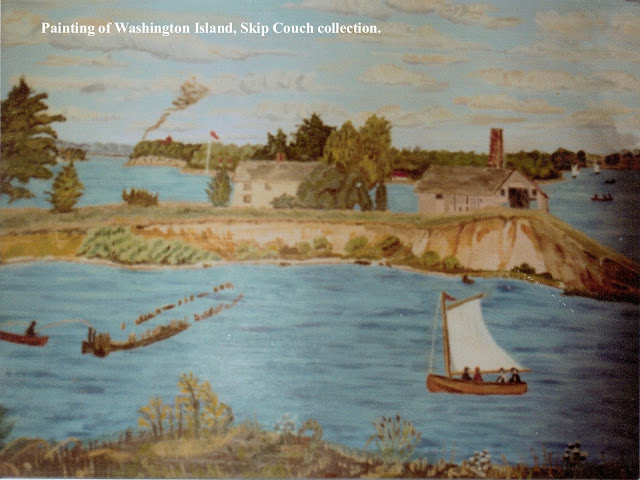 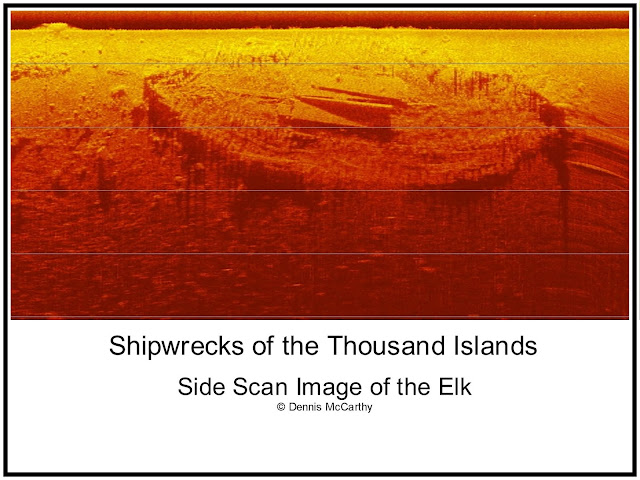 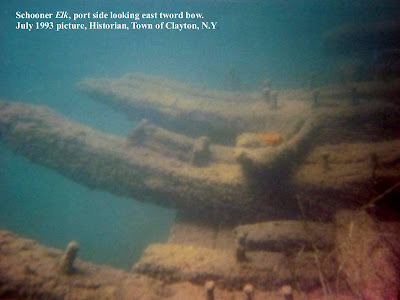 Location: Washington Island GPS: 44° 14.629'N, 76° 4.853'W
Depth: 10 – 15 Feet
Bottom: Mud
Wreck:
Year built: unknown
Built at: unknown
Vessel Type: Schooner
Hull: wood
Builder Name: unknown
Propulsion: Sail
Length: 99 feet.
Beam: 30 feet.
Depth of hold: unknown
Tonnage: unknown
Date of loss: Before 1874
Cause: unknown
The wreck is the remains of a very old sailing grain carrier sunk prior to 1860. Its remains are in a much deteriorated state. Only the lower portion of the hull remains with some of its planking and keelson. It lies in very shallow water between Washington Island and the old Frink Snowplow Factory on the east corner of the Village of Clayton.
History:
The 1876 St. Lawrence River Chart No 6, drawn by the U.S. Army Corps of Engineers, listed a wreck off Washington Island in the lower bay at Clayton, N.Y. In his journal, Clayton, N.Y. Captain Capt. Wilber J. Vincent (4/8/1840 - 4/12/1923), listed his first command assignment as the captain of the schooner Elk in early 1873. He notes that later that year he was reassigned to the schooner Belle Mitchell. An article in the March 5, 1874 Watertown Re-Union newspaper mentions the intent to try to raise and haul out onto Washington Island the schooner Elk in the spring when the ice is out. Late nineteenth century paintings of the lower bay at Clayton show frames and ribs protruding from the water where the wreck lies today.
Home
Subscribe to: Posts (Atom)