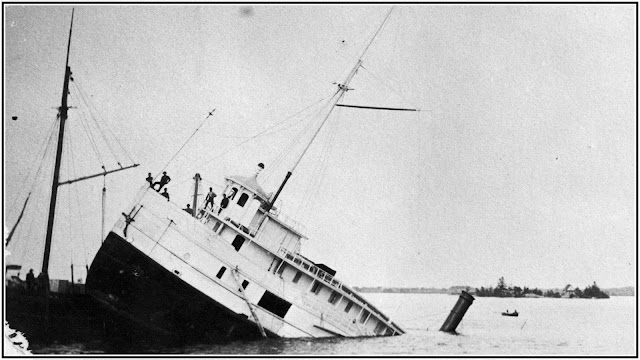 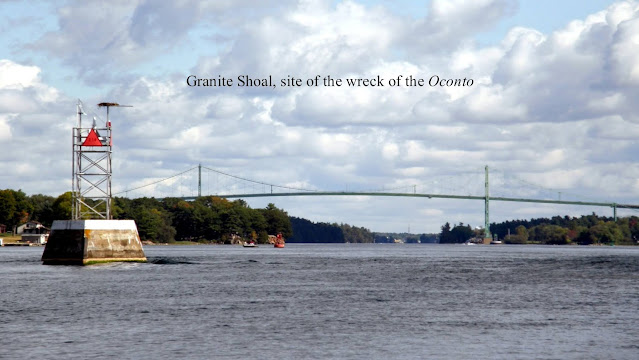 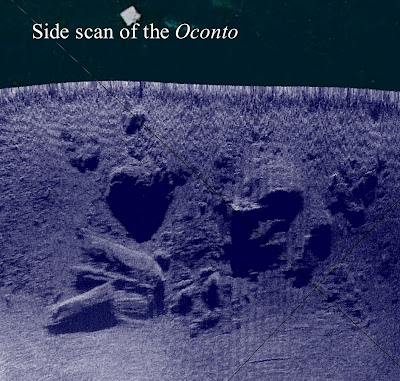 Wreck:
Build Year: 1872
Build City: Manitowoc, WI
Vessel Type: Propeller
Hull: Wood
Builder: G. S. Rand
Propulsion: Screw
Length: 143 feet.
Beam: 33 feet.
Depth of hold: 10 feet.
Tonnage: 505
Date of loss: 1886
Cause: Struck shoal
Located on Granite State Shoal in the American Narrows of the Seaway, the remains of the Oconto are across the channel from Rock Island Light. Lying under the shipping channel, the wreck site is in deep water from about 140 to 180 feet. There is an extremely strong current. Broken in two, the wreck partially rests on itself. Some of the wreckage is right side up and some is upside down. Much is a pile of timber that is indistinguishable as a ship. Resting between the wreckage is a small metal boat. The Oconto was equipped with small metallic life boats.
History:
The steamer Oconto (sometimes referred to as Oconta) of the Ogdensburg, Toronto Cleveland line, struck Granite State shoal July 6th, 1886 and sank a few days later. Built in 1872, the Oconto was a propeller of four to five hundred tons burden and had accommodations for 100 first-class cabin passengers. This was her first trip through the lakes to Ogdensburg and return. She left Ogdensburg with a valuable cargo of silks, cotton and boots and shoes valued at $500,000. There were on board a crew of 38 men and 15 passengers, all of whom were taken off safely. Salvage was attempted at the time but it was unsuccessful. The loss of cargo was between $100,000 and $200,000. 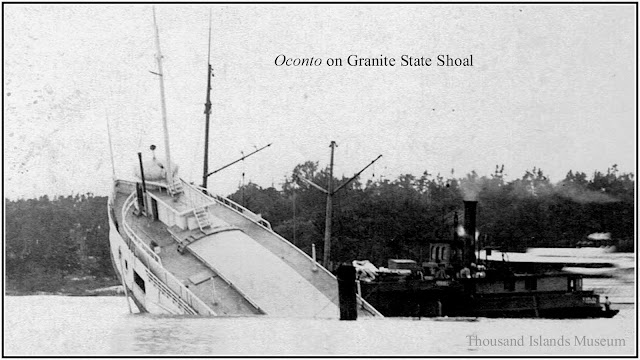