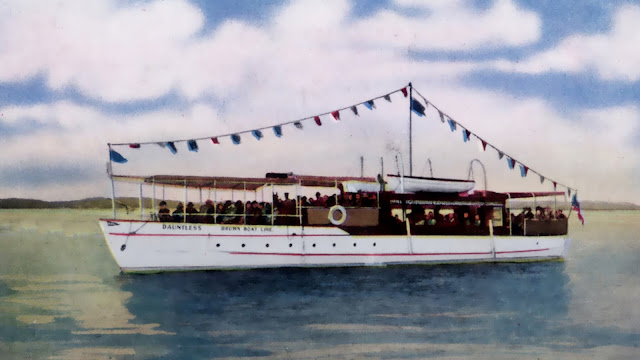 dauntless by SRHF on Sketchfab 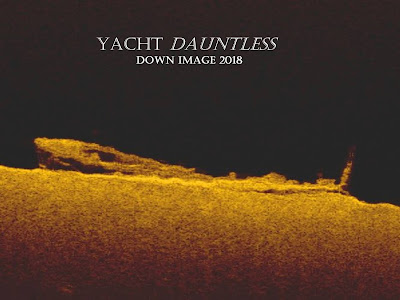 The remains of the Yacht Dauntless are midpoint between Washington Island (east of Clayton) and Round Island, in about 50 ft of water. This 80 foot double-ender yacht was burned, but some decking and hatches remain. The engine is missing. Some scroll work about the bow and wide decking with bright white caulking is still visible. The metal work for a canvas canapé is nearby as well as some large timbers.

In 1921 Brown Boat Line acquired the Dauntless with the capacity to hold 100 passengers. At the time she was the largest yacht on the river operating a regular passenger schedule between Clayton and Alexandria Bay, N.Y. The Dauntless was salvaged by one of the local shipbuilders in Clayton in the mid 1900’s. Her engine and most of her metal work were removed. She was set on fire and allowed to drift downstream from Washington Island toward Round Island. She sank about half way between the two. Old timers told divers about the Dauntless and other salvaged yachts that met the same fate. Found by the Auburn Divers in the 1970’s, the Dauntless was identified by the scroll work that was visible on the hull. The other yachts were never found.