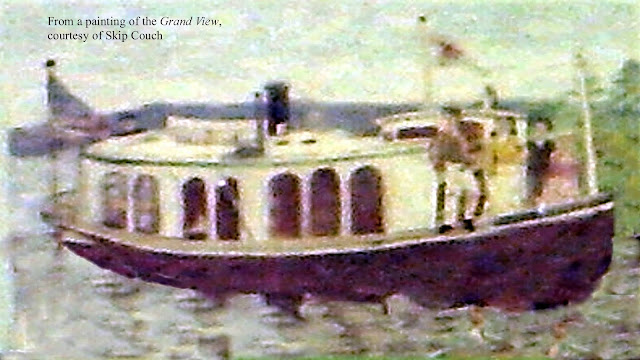 Grand View by SRHF on Sketchfab 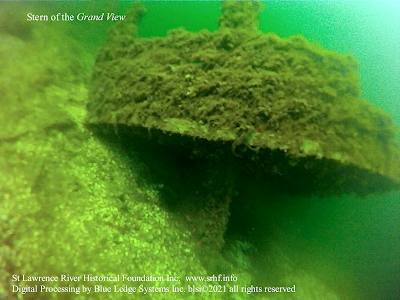 The wreck is the remains of a turn of the century steam launch about 40 feet long. Located near the head of Governors Island in the Eagle Wing Group, the wreck is well outside the navigation channel. The boat was salvaged after it wrecked on the shoal. The motor and prop were removed during this salvage operations.

The Grand View was a steam launch that was owned and operated by John A. Cook. The Grand View transported passengers from the Clayton Train Station to hotels and locations in and around the Thousand Islands. One of its main stops was Grand View Park on Wellesley Island.
Home
Subscribe to: Posts (Atom)